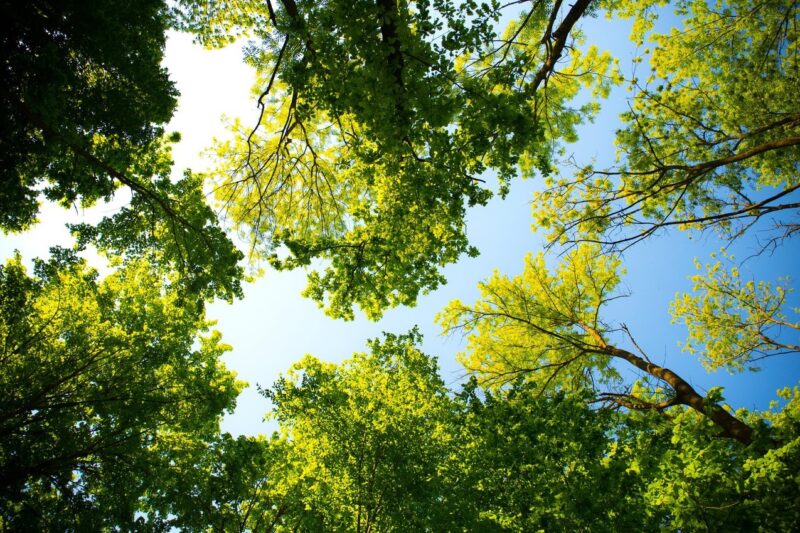 Tree diseases (non-infectious) occur under the influence of adverse environmental factors, which include:

The most common non-infectious diseases are: necrosis of leaves, browning of needles, frost-sunburn of the bark, frostbite, windfall, snow breaker.

Both infectious and non-infectious diseases have various external manifestations that occur as a reaction in response to damage. 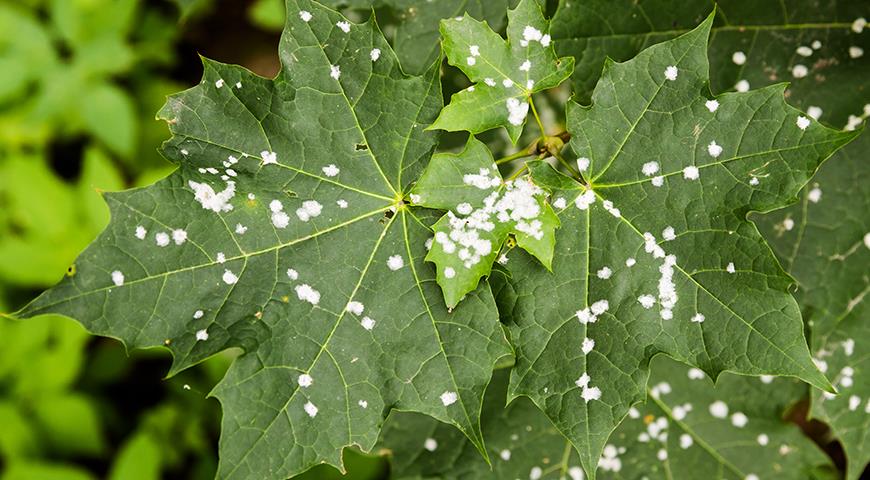 These include changes in organs and tissues occurring during the disease, which are not typical for one or another type of plant:

All the huge variety of diseases of various origins on woody plants is conditionally divided into groups with similar sets of symptoms.

The following diseases are most common:

It is caused by fungi, bacteria, adverse environmental conditions. The needles acquire a brown, reddish-brown color, which can change over time. For the browning of needles of mushroom origin, the name “schütte” is adopted, which comes from the German word “schütten”, which translates as “to pour, to shower”. The main sign of shutte is the sporulation of pathogens on the needles.

It is caused by fungi and is characterized by the formation on the affected organs (leaves, needles, shoots, trunks, etc.) of bright yellow, orange, dark brown small cushions that protrude from tears in the covering tissues.

Occurs under the influence of fungi. Symptoms: neoplasms on the affected organs of superficial white, initially cobweb-like, later compacted mealy plaques. Solidly covered leaves and young shoots look as if they are sprinkled with flour.

Cream spotting of linden on the leaves

It most often occurs under the influence of fungi, less often – bacteria, is characterized by local (local) dying of the bark, often changing its color.

Appears in the process of vital activity of fungi and bacteria, is expressed by damage to the vascular conduction system of trees. It manifests itself in the darkening of blood vessels and relatively quick drying of the crown.

It is caused by fungi, bacteria and exposure to low temperatures, manifests itself in new formations on trunks and branches, less often – the roots of ulcers, wounds, tumors.

These are densely packed, numerous thin, shortened vertical shoots that are formed from dormant buds on a small section of the branch. They have the appearance of spherical or oval shaped bushes. The cause of the formation of “witches’ brooms” on woody plants is often fungi and viruses, in rarer cases – insects and various adverse environmental conditions, including air pollution.

Corrosive rot from the root fungus

It is mainly caused by fungi, characterized by softening and destruction of tissues of various plant organs. In trees and shrubs, large, fleshy, nutrient-rich seeds and fruits, as well as the wood of roots, trunks, and branches, are susceptible to rotting.